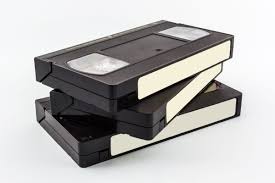 There are so many music streaming services out there now. There is a chance you use at least one of them. Maybe it is just the free tier of Spotify, maybe you pay for Apple Music, maybe you’re rich and use Tidal, or maybe you’re weird and actually have a subscription to YouTube Premium and use YouTube Music (that’s the category I fall in). But whatever you might use, you probably do not have a subscription to more than one. I mean, they all have mostly same music, so why would you spend the money on having more than one?

But let us, for a minute, imagine that each music service only had some music. Beatles only on Apple, Lady Gaga only on Amazon, Billy Eilish on Deezer, Milli Vanilli only on Pandora… Would you subscribe to all of them to be sure you can listen to all of them? Would you choose just one and just be contempt in knowing you couldn’t listen to all your favorite songs? Would you choose more than one, and be happy having to search every service to see which one had that one song you felt like listening to now?  What if some songs would only be available for a certain amount of time and would just vanish when the artist or rights holder felt like taking them down? Would you be happy with that?

No, of course not. It would be stupid, expensive, and aggravating. So why do we accept this from video streaming services?

Right now, we have the option of paying money for Netflix, Amazon Prime, Peacock, CBS All Access/Paramount+, Disney+, Discovery+, ESPN+, Hulu, HBO Max, Rifftrax Friends, and many more. If you happen to want to watch Star Trek Discovery, The Boys, Handmaid’s Tale, Stranger Things, The Office, WandaVision, Search Party, certain sports and documentaries, or Samurai Cop, you will have to subscribe to everyone of these, costing you almost a $100 a month. Then there’s many shows only on old fashion Tv channels, what about them? Better get cable with a DVR and add another $150 or whatever to your monthly expenses. And what if you want to watch sometimes a tiny bit more obscure, like the TV show Boston Public? You can’t, none of these is currently offering it. To top it all off, services like Comcast only give you are certain amount of data you can use each month, watched too much this month? Your internet bill increases.

Obviously, there’s a difference between how the movie/TV and music industries work, but that’s mostly because we have accepted it that way. If people refused to subscribe to a service because of their practices, we wouldn’t have this situation now.

The best hope, and most likely scenario, is that some of these services are going to fail and get folded into others. The NBC sports network and WWE wrestling service both are getting implemented into Peacock, DC Universe has ceased existing and most of its offerings have moved over to HBO Max. It seems silly we must root for failure, but that’s how it’s going.

Then there’s pirating. Stealing does not seem like a great option. But paying 9.99 a month to get that one show you want to watch isn’t a great option either. And one saves you money during a time that people do not exactly have tons of extra money around to spend.