The Jokes
Mitt Romney says Obama won because he gave “gifts” such as Healthcare and lower college loans to get voters. As opposed to Romney who offered 20% tax cuts to the rich as… what?

The best gift Obama got was Mitt Romney as an opponent.

Head of CIA, General Petraeus has quit after reportedly having an affair. Craziest part is he was able to seduce woman by telling them CIA stood for Cleavage Inspection Agency.

We continue to look back at some of our favorite stories from the past 15 years to appear on cheesegod.com. This one is from September 5, 2004. 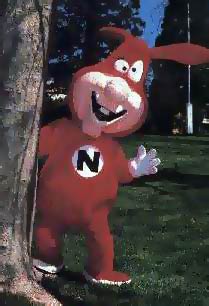 late Thursday night at a midnight rally that they would be introducing a new pizza flavored pizza to replace
the current cardboard flavor.

Dominoes hopes this will increase their business to those who enjoy eating pizza.
Currently Dominoes customer base consists primarily of those who don’t mind the taste
of frozen pizza, but are too lazy to put it in the microwave themselves.

If the new pizza goes well, Dominoes plans to introduce more varieties. Currently
under consideration are pepperoni, meatball, and mushroom to replace such current
favorites as pocket lint, paper towel roll, and ass.

Some are worried about the “New Coke” complex which might have some people miss the
old flavor, not caused they like it, but because they can’t stand progress. We may be
seeing New Dominoes, Dominoes Classic, and D2 (The Low Carb Pizza).
No timetable has been set for the release of the new pizza as all of Dominoes’
marketing department are currently trying to work on a way of decreasing the size of
their pizza even more and still be able to call it ‘large.’