Things Likely To Happen At Tonights State Of The Union Address

Tonight will be George W. Bush’s 7th and final (maybe) State of the Union Address. The pundits of CNN, Headline News, Fox News, MSNBC, ABC News, BBC World News, and Logo are all a buzz guessing what he might say.

Will he talk about the Iraq war? Probably! How about that cash reward coming in May for doing nothing? Sure! Perhaps he might mention the high cost of gas? He might! And, will he say anything about 9/11? Only if Giullani hasn’t used up all the references already!

But beyond that here are some more things we might be able to look forward to in tonights speech: 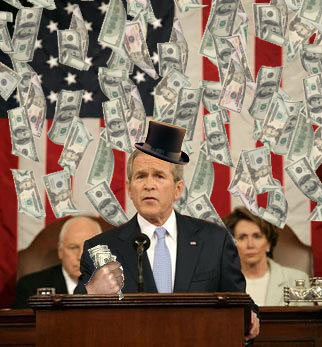 In an immediate effort to prevent a recession, Bush makes it rain cash! 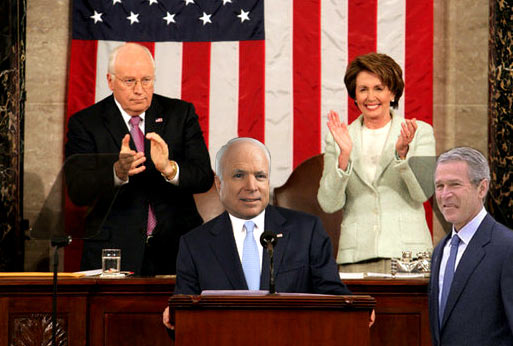 John McCain jumps the gun and delivers the address instead! 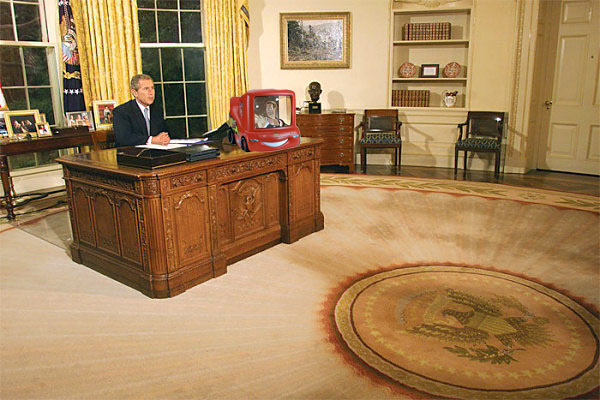 Bush skips the address and instead decides to watch American Gladiators instead (his favorite is Wolf!) on his new Cars TV. Hey, Bush! You have to turn the TV around to watch it! You silly old man!