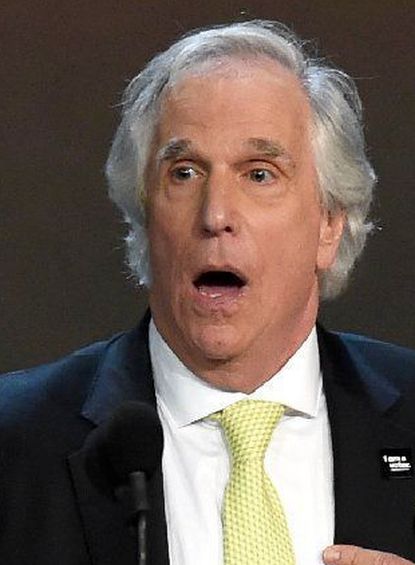 When I was a kid I had Fonzi sheets. An absolutely true story that has very little to do with this post. But I suppose I bring it up not to brag and make you jealous, but to show that for a while The Fonz was the definition of cool. But the actor who played him was hiding a secret: He couldn’t read.

Henry Winkler struggled in school. His parents thought he wasn’t applying himself and his friends and teachers (including one appropriately named Miss Adolf) called him stupid. The berating became worse when he announced he was going to become an actor. “How are you ever going to read the script,” his parents would ask.

When it came to audition for Happy Days Mr. Winkler just improvised his lines rather than reading from the script.

“They said ‘That’s not in the script’ and I said ‘I know but I’m giving you the essence of the character and if I get the part I’ll do it verbatim’. Luckily, it seemed to work,” he recalled.

It wasn’t until he was 31 when his son Jed was diagnosed with dyslexia, did he realize that he had the same issue.

Knowing is half the battle they say. It wasn’t until then did Mr. Winkler read his first book, and he has written over 25 of his own, including an entire series of children books.

The acting this is working out pretty well for him too. He just recently won an Emmy for his work on the HBO series Barry.