The Mets Are On LIfe Support… 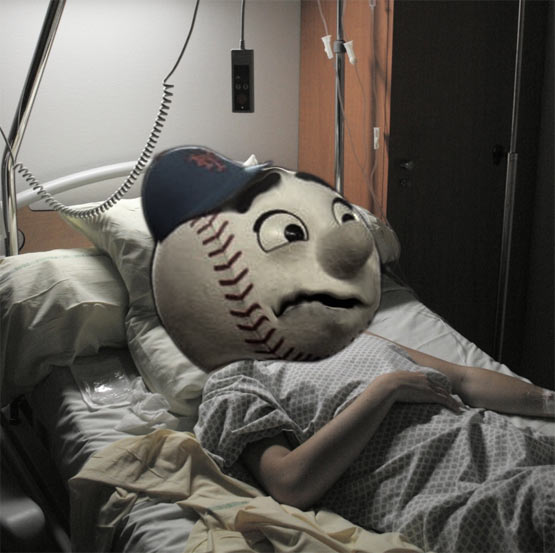 It’s pretty amazing how a sports team can effect your mood. As a Mets fan, I’ve pretty bummed out so far this week. They’ve lost 5 in a row, while the second place Phillies have won 6 in a row to pull up within 2 games of first place.

I don’t know why such a thing should bother any sane person. It’s not like we, the fans, have any real control over what happens. The best we can do is buy a hot dog while at the game to help pay off Carlos Delgado’s salary.

It’s an odd bond between fan and team. You watch the team play every day, get to almost feel like you know each player. They have no clue who you are, and they don’t care. You can cheer, rant, or cry all you want they’re not going to win a game for you. They’re playing because they want to win, not because you want to.

I suppose it’s not much different than watching an action movie. Except in a movie, you know the good guy is going to win in the end. In baseball, there’s no such guarantee. Every fan thinks their team is the good guy. There isn’t really any bad guys (except for Barry Bonds). Everyone hates the Yankees and could possibly define them as the villains of baseball, but the Yankee fans would probably disagree with you.

So, logically we should all just be able to sit back and enjoy the game and not worry so much. Yeah, right….