Moving Out On Your Own 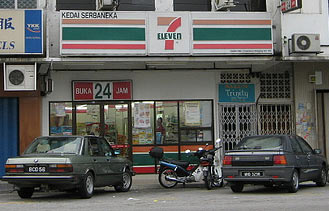 Moving out of your parents house is huge step in the path to independence from creepy guy living in his parents’ basement. It’s a well known fact that most of these creeps surf the internet anywhere from 0 to 24 hours a day. So there’s a good chance you, the reader, might be one of these guys. Therefore I’m going to share some of my vast experience of the subject with you poor fools.

After I moved out of parents house I had a hard time adjusting. I probably should of figured out what I was going to do before I moved out, you know like decided where I’d live, where I’d get money, or learn how to cut the crust off my peanut butter and jelly sandwiched myself.

I moved to Greece for a while. I remember learning when I was a child that the Gods lived at the Acropolis. Unfortunately when I got there all I found was a stray cat roaming around. I worshiped the cat for a while until one day a dog killed it. I thought maybe the dog was the real God letting me know that I’d been worshiping a fake God, but I also wondered if the dog was actually the devil. It was all very confusing, so I moved back to America where I can find a Jesus in every church to worship.

Life was hard when I got back, I needed to find a place to live. They say home is where the heart is. That’s stupid, I can’t live inside my own chest. I’ve also heard people say “home sweet home.” I guessed I’d know when I’d find my home because it’d taste good. This knowledge didn’t help me much though. Real Estate brokers tend to give you weird faces if you lick the walls while they’re showing you a house. They got pissed and I think I got Tuberculosis, which landed me in the hospital. But that’s okay it gave me a place to sleep for a while, well until the nurses kicked me out for tasting the floors.

Eventually I was taken in by some bums who lived behind the 7-Eleven. They actually had a pretty nice set-up. They built a hut out of discarded slurpree syrup. Sometimes the guy who ran the place would feel sorry for us and give us some free big bite hot dogs, which we’d use to lure in rats and pigeons to eat.

Yeah, life was pretty sweet at that point, but it still seemed something was lacking. I’m not sure what is was. Perhaps it was the fact that we had no heating, or roof. We tried to make a roof out of old newspapers once, but people kept coming around reading our house. It was especially annoying when some commuter in a hurry would peel off one of our buttresses off to read on the train. I took my concerns to our lead resident, one leg Willie, but he called me a spoiled brat and kicked me out, well, not literally, Willie doesn’t do much kicking anymore. It didn’t matter much to me anyway, because although theslurpee was did taste pretty sweet, it just didn’t seem right.

So I was on my own again. I spent a couple of nights walking around residential neighbors making a real sad face hoping someone might feel sorry for me and invite me to live with them. When that didn’t work I tried sobbing as loudly as possible. That got the cops called anyway, and landed me in jail for the night.

Jail wasn’t so bad though, it was free housing as far as I was concerned. I started to commit crimes every night so I could go back to jail. After a couple of nights the cops figured out my game and told me they were not going to arrest me anymore. I tried blowing up a couple of buildings, kidnapping the presidents daughters, not cleaning up after my dog, but the police didn’t fall for any of it.

Back to square one, and pretty depressed, I decided to attempt the lowest thing possible. I started an internet blog. Now I’m no longer respected, but with the pennys I make every month off the Google ads I can afford a can of soda. It might not sound like much, but don’t worry, I’ve got it all figured out. I’m going to hold onto that can and eventually the aluminum will go up value, like all precious metals do. It’s either that or maybe Google will buy my website for 200 million dollars… hmm I have to remember to put a call in to Larry Page as soon as I save up enough cans to afford a cell phone.