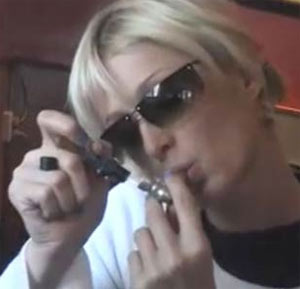 [Paris Hilton] on Tuesday appealed to fans to sign an online petition urging California governor Arnold Schwarzenegger to commute her 45-day sentence for driving while disqualified. “If the late former president Gerald Ford could find it in his heart to pardon former president Richard Nixon after his mistake(s),” reads the appeal, “we undeniably support Paris Hilton being pardoned for her honest mistake as well, and we expect that the governor will understand and grant this unusual but important request.”

I love the whole Hilton as Nixon thing. They’re so much a like. Let’s see Nixon opened up diplomatic relations with China, helped create the EPA, reformed the postal service, indexed Social Security for inflation and added Supplemental security income. And Paris Hilton gave us a remake of House of Wax. So I can see how they’re the same.

Meh, what is with some people?