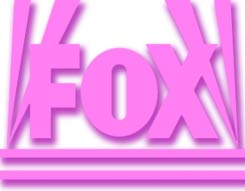 As I sat and watched a Seinfeld rerun that aired this past Monday, I found myself intrigued by a promo for the “News at 10.” Fox could of easily filled their news report with news of the election that would take place the next day, but that’d be too easy.

Instead Fox pulled out all the stops and was able to report on the most important news of the day. They ignored the candidates, the issues, the war, and all those other boring things and brought us “Ways to tell if Your Husband Is Gay.”

Some say Fox only reports things that favors the political right. While knowing how to find out if your husband is gay certainly could be useful to the wives of some republican congressman, I argue that Fox just reports news for those with extremely low IQs.

By the way, I did not tune in for the report, as if I did somehow had a husband I pretty sure it’s mean we were both gay.