The End of the World, 7 years later 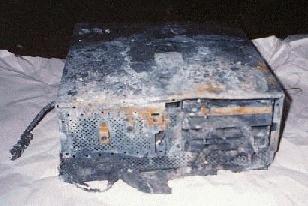 So tomorrow we’ll be remembering the events of five years ago, but yesterday we let past the 7 year anniversary of the end of the world.

Yes, many might not remember that 9/9/99 marked the end of the world for some. In all the Y2K panic, we forget some were trying to spread some of that panic less than four months earlier.

September 9, 1999 wasn’t going to be the end of the world because the Sega Dreamcast was released and MTV Video Music awards aired on that date. Nope, it was the computers again.

Apparently, according to the chaos spreaders, 9999 at one point was used in computer software to signal “shut down”. So naturally, computers, when seeing the date, would shut down. But don’t go blaming the damn programmers for causing the end of the world yet. Most of the 9/9/99 problems were caused by users, not programmers.

When entering data in spreadsheets that automatically sort entries by number, people often used 9999 on items they wanted to appear on the bottom of the list. Or sometimes 9/9/99 was used as a date on items that they never wanted to happen. Thankfully it appears didn’t use this system when scheduling nuclear weapon strikes.

But, as you can tell by looking out your window, the world didn’t end, and I can sit here and write about it for no reason.