Cheesegod.com Recently spent 2 weeks in Greece. The country, not the substance… or the play… although I must say I think Mr. Fish would make a great Sandra Dee. This is the first of what may be many, or just a few updates to result out that trip.

America has a had a major impact on countries all over the world, with American brands such as McDonald’s and Coca-Cola infesting every corner of the earth. While luckily we managed to get through most of our time there without seeing a McDonalds (I saw one on our last day, I cried, fell to my knees and shouted, “You fools! It was Earth all along! And you blew it up! You damn dirty Apes!”) we did see other examples of the impact the English language and America itself has had on the country.

For your viewing pleasure, here are some photos: 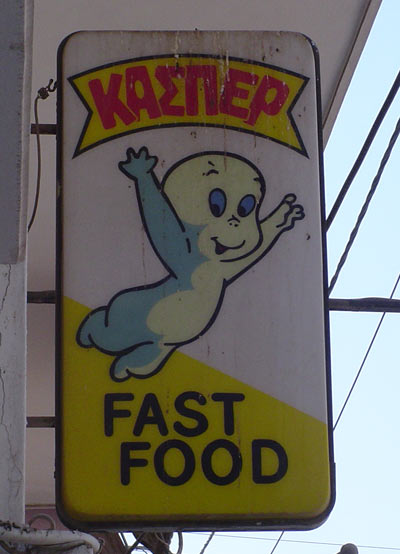 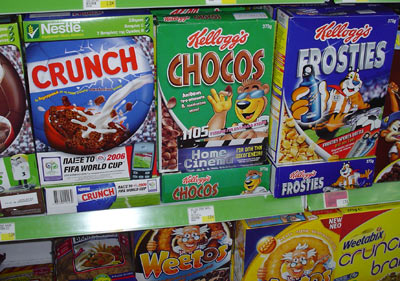 Some breakfast cereal. Frosted flakes are just called Frosties. Nestle is a huge brand there, explaining the Crunch cereal. 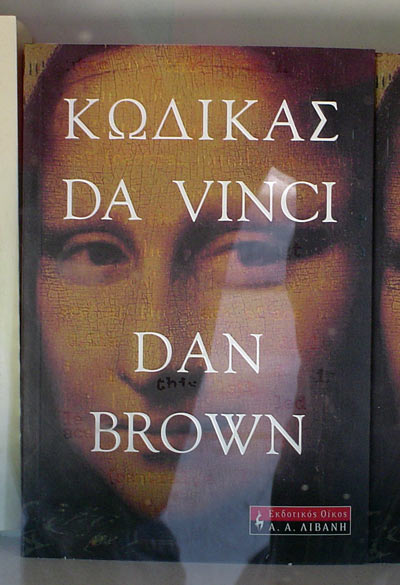 The back of one of the cereal boxes above would be a better read than this. 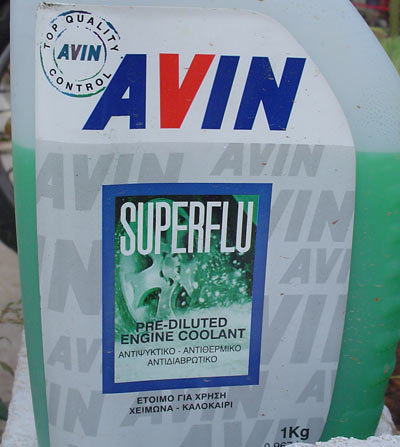 Here we thought the Superflu would come from China in the form of Sars or Bird flu. Nope. They’re bottling it in Greece. 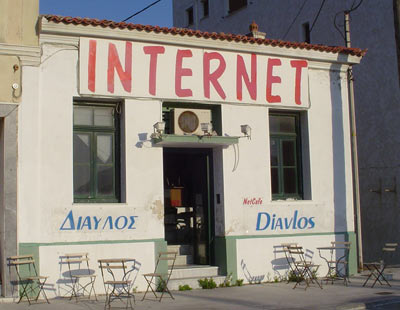 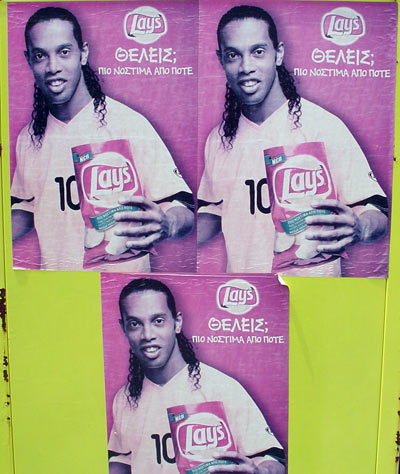 This dude is some Soccer player. He advertises everything over there. 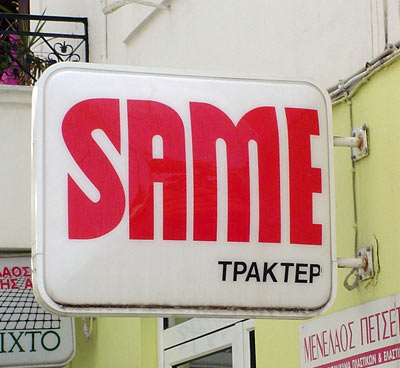 Just more of the same. 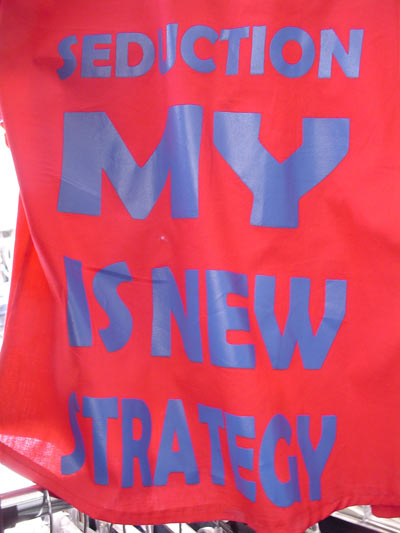 This shirt makes my brain hurt. 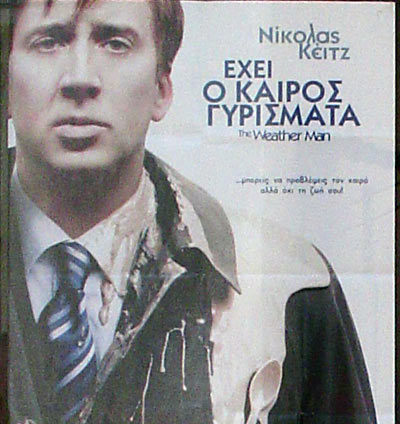 First the Da Vinci Code, now The Weather Man? Why do we have to torture these poor people with our horrible entertainment. 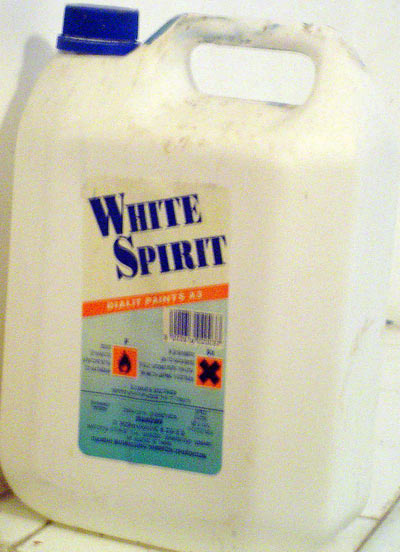 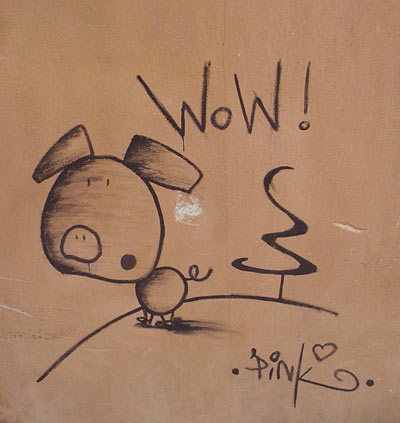 Some graffiti found in Athens. 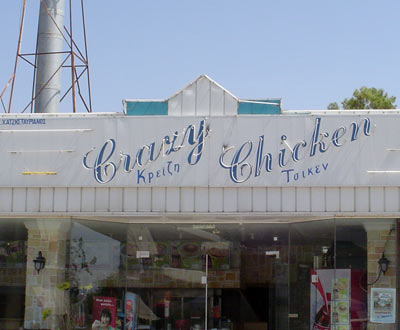 Not sure what this place is…. 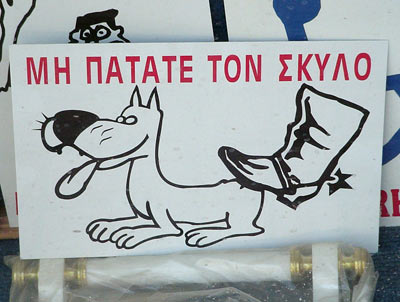 Apparently translates to “Don’t step on the dog.”