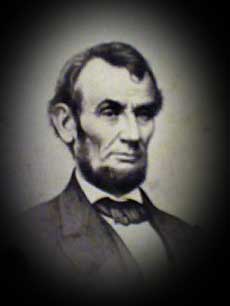 The History Channel earlier this month aired a new special about Abe Lincoln. Being an Abe Lincoln fan, I tuned in. But what I found seemed to be less Lincoln and more Lost.

This documentary had the usual experts talking over reenactments, but something was different. The programs suppose to take place on Lincoln’s final day alive, from his point of view (probably because they couldn’t find an actor that looked enough like Lincoln). As Lincoln seems to wander around aimlessly he has flashbacks to events earlier in his life that helped lead him to these decisions. Sound familiar? It would if you are a regular viewer of ABC’s Lost.

The entire documentary is filled with over dramatic music and camera angles. In fact the beginning “music” sounds as if it was directly lifted from the science fiction drama. Abe Lincoln even seems to see his dead father at one point, reminding me of when Jack kept seeing his dead father in the pilot episode.

Was this done to try to make Lincoln “cool” or did it just happened to be made by some guy who just watched the first season of Lost on DVD and felt inspired.

I have included a video snippet, just long enough so you can get the idea, and hopefully small enough that my bandwidth won’t get killed. Enjoy!