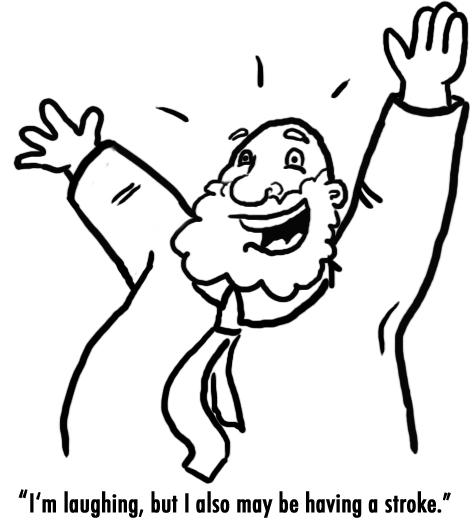 Forget all those. For none of them compare to the giggle plague of 1962 in Tanzania.

January 30, 1962 started out like any other day in Tanzania, but three school girls found something so funny they just couldn’t stop laughing. Soon, although no one was sure what they found so damned funny, other began laughing too. All across the school other children began giggling. The laughter affected 95 school children in one day, becoming so bad that schools had to shut down, for six months.

Closing the school didn’t solve the problem though. Instead the epidemic was aloud to grow outside the protected walls as more than 1,000 Africans fell victim to the laughter. An entire village became hysterical.

Doctors from all around the world were called in to find a reason for what they called a “disease.” Medical researchers checked for everything from fever to food poisoning, but came up empty handed. Finally, many doctors frustrated and refusing to face the obvious, blamed the phenomenon on environmental changes (which were non-existent) and left.

After 18 months the giggle epidemic finally subsided altogether and life returned to normal.

So what really did happen?

There was no “disease.” This was just an example of laughter being contagious. Although this is an extreme case, psychologists believe laughter catches on easily from one person to another, like yawning.

When you hear other people laugh, you are more likely to do it yourself. This is why non funny TV shows include laugh tracks or why you laugh more at movies in the theater than on a Saturday night all by yourself in your living room with a bottle of vodka in one hand and a microwave burrito in the other.

Now I’m off to the mall, where I’m going to walk down the halls laughing like a lunatic to see if I can start the next plague.