So it seems their is a new show starring Pamela Anderson called "Stacked" on FOX (who else?). It just seems to obvious to have Pamela Anderson in a show called "Stacked." But this show was thought up and created by high paid execs. So I thought I'd save the networks great amounts of money with some of my own obvious ideas. 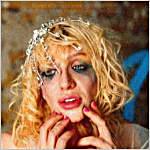 "Bitchy Whore" - A court drama show that tries that features another trial of a talentless hack played by Courtney Love.

"Teen Slut Idol" - In this reality show each contestant will spend a week with a group of teenage girls. At the end of the week, whomever's group of girls has been most morally corrupted wins. Contestants will include Britney Spears, Jessica Simpson, Christina Aguliera, Linsey Lohan, ect.

"All in the Family" - In this remake Bill O'Reily will star as Archie Bunker opposite Al Franken as "Meathead." Alan Colmes can play Edith, because he's basically a verbally abused little bitch.

"Dead Career" - Starring Christopher Llyod, because, let's face it, if he's willing to be in a show called "Stacked" with Pamela Anderson, the offers can not be rolling in.

"The Michael Jackson Trial Reenactment" - Yeah, this already on E!, but with the list of people participating in this trial (Stevie Wonder, Quincy Jones, Corey Feldman, Elizabeth Taylor, and Michael Jackson himself.) they should all play themselves. Hell, I'm sure they could use the money.

"The Joe Orsulak Show" - starring Joe Orsulak, doesn't get much more obvious than that.