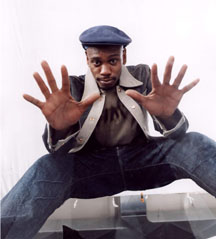 After featuring a joke about eating at KFC on his show it was announced to the audience it was Chappelle's 5,000th Self-Deprecating Black joke. This places his second on the all time list to only to Chris Rock.

“I feel honored to reach this mark,” Chapelle told us between skits about Lil' Johns speech habits, “I finally have something to show for all my hard work.”

Chappelle still has a long way to go to catch Chris Rock, although according to the Elias Sports burrow, Chappelle is the sole owner of the record for most jokes about a crack addict by a right handed black man weighing less than 150lbs named Dave with a show on Cable TV.

Comedy Central is planning another clip show (the 32nd out of the 41 episodes made) to celebrate this feat. << Home