New Soda Flavors On The Way! We recived millions of emails and a ton of rewards for our breaking story. Since then more new sodas have been anounced by the major brands including Vanilla Coke and A cherry Dr. Pepper. But it doesn't stop there. Since this story originaly broke cheesegod.com has learned of more new flavors! Take a look: 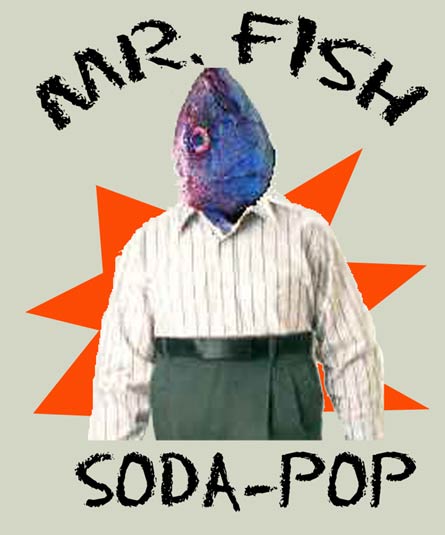 Mr. Fish saw a need in the market for another soda and decided he wanted your money! I know what you're thinking. No, it doesn't taste like fish. It's a find blend of seltzer, sugar, caffene, fruits, and each bottle containd a small amount of Mr. Fish's own excrement... actually I guess it does tast a little like fish. Mr. Fish says, "The whole world has been sh*ting on me since the day I was born, this my chance to do it on them... except it's in their mouth... so it's worse..." Sounds yummy.


Well there you have it. These new beverages will be available soon at a retailor near you. Among the first sellers will be Medford's own Brookhaven Multiplex. Enjoy! << Home