By now we’ve all heard the infamous quotes that have come out of the Hussein trial such as, “(I’ve got) millions stashed away,” and, “Careful, I’m an old man.” But here are some lesser heard quotes: 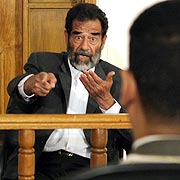 After asking if he’d been tortured in prison:

Are you kidding? Of course I have! You think I wanted to grow this beard? The Americans forced me to! 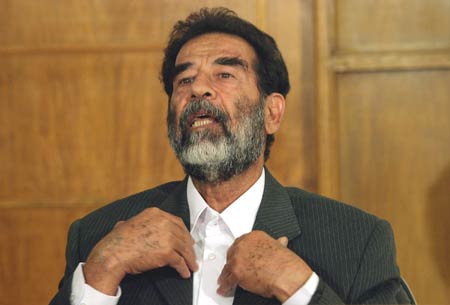 In a sudden outburst:

Holy sh*t! I just figured it out! This war was all about the oil! 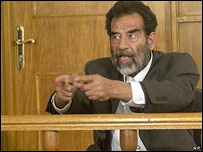 Showing aggression towards officials questioning him:

You see what I’m doing? I’m pretending my fingers are guns and I’m shooting you! Scared? 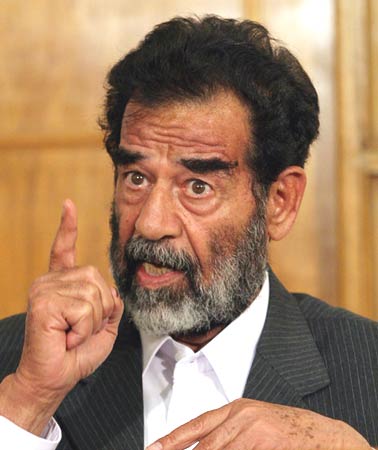 I offered to be led around naked on a leash. That would of been nice. That Lynndie England chick is hot. 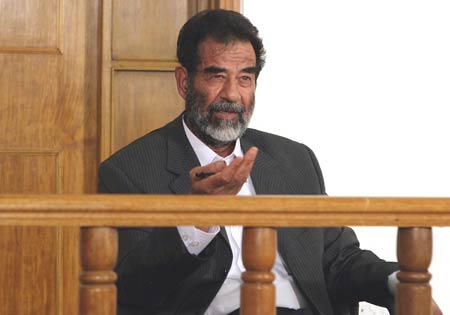 I will confess to these crimes…. if you can snatch this pen from my hand.