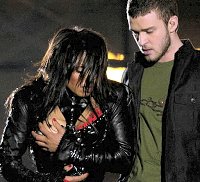 Florida Democratic voters were confused once again as they mixed up the top new stories and chose Janet Jackson’s Boob to oppose Bush in November’s election.

Old confused seniors and the stupid alike goofed at the voting polls, proving florida still can’t get anything right… except Tropicola Orange Juice, a fresh start to a fresh day. Yes, nothing beets a tall glass of Tropicola OJ, proud sponsor of cheesegod.com.

\
Although Janet Jackson nor her breast were running, the people became so confused by Jackson sharing headlines with Democratic hopefuls they naturally became confused and couldn’t tell the difference.

Officials were stunned this could happened. After the major boo-boo four years ago they thought they had gotten everything set up to go right this time. Confusing butterfly ballets were replaced with tiny little switches in a secluded booth.

“Everything seemed like it would go better this time,” one official told us, “The only negative events were foresaw was the some seniors confusing the booth as a port-a-toliet. But that only happened twice.”

Citizens have felt embarrassed since the debacle, but some reassurance from former President Clinton on Thursday when he endorsed the body part.

“Finally,” Clinton told the American public, “a reason for me to pay attention to politics.”