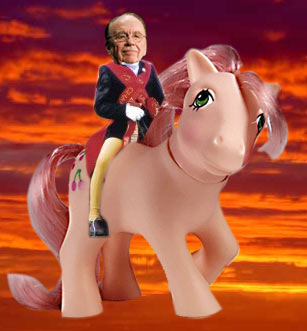 Brook Fordyce has received many kudos from critics since he became the head program director at the FOX network. When he expanded American Idol to four and a half hours and added it to a sixth night, ratings soured. When he added the new game show Super-Hooker, critics raved. And of course there was his decision to let Seth MacFarlane make another cartoon with outdated references and no plot or story to appeal to that often forgotten mentally retarded market. But, there is one thing Fordyce just has not been able to do, cancel The Simpsons.

The Simpsons, which has been on for a mere 19 seasons has delighted many over the years, but even the writers of the show agree it’s just not that good anymore.

“What, yeah, we don’t really write the shows anymore,” writer John Frink told us from the closet they call a writers room, “we just look back at old shows and rewrite them.”

“The show hasn’t been very good lately, or for the last 5 seasons even,” Dr. Joe Orsulak, professor of TV studies at Joe’s College Emporium, “the show should be canceled, or moved to the CW, where low ratings are all part of Dawn Ostroff’s Evil plan to kick start Armageddon.”

So, if the show’s ratings are so low, why hasn’t it been canceled?

“I know it should be canceled, alright,” Fordyce told us, “I’ve even gone down to the Simpson’s studio a couple of times to do it. But every time I look into Matt Groening’s big brown eyes… well, I just can’t go through with it.”

Not everyone is so sympathetic. FOX owner and National Socialist enthusiast Rupert Murdoch isn’t so impressed.

“Big brown eyes?” Murdoch shouted from on top of a flying centurion pony, “I’ll show him some big black eyes if expenditures are not successfully cut by 1.3% by the end of the fiscal year!”

With the threat of a semi-God riding over Fordyce’s head, what’s keeping him from giving the show the ole axe?

“I’ve spent the last 20 years with those wacky yellow guys.” Fordyce told us with a tear in his eye, “When Homer met his Mom I cried, when Marge became a Cop I laughed, when Lisa became a vegetarian I stopped eating meat, and when Bart became Captain Sewer Pants and saved Springfield from the attacking 80 foot Regis Philbman I was on the edge of my seat.”

“They’d be fools to cancel us now,” Matt Groening creator of The Simpsons, Futuarama, Life is Hell, and a foul smelling fart during this interview, “We got some great episodes coming up! There’s one where Homer becomes the lead singer for Arcade Fire, we working on another episode where the family gets a horse… again, oh, and let’s not forget the return of Captain Sewer Pants!”

Fordyce isn’t worried though, he has a plan.

“I’ll just cancel something else. I’ve been doing it every year. So far I’ve canceled Firefly, or Arrested Development, Family Guy, Futurama… 24 soon.”