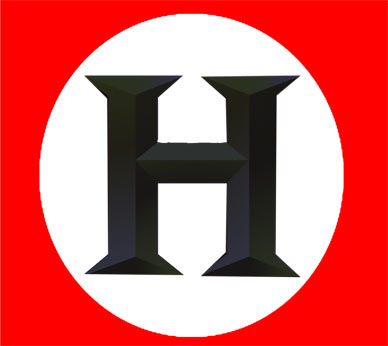 It was an exciting event here at the latest press conference run by the History Channel. Announcements ranged for new programing to a new electronic history book reader that can hold a hundred books, and will see the same price of two hundred. But perhaps most exciting is the news of History Hitler, the forth cable network to bear the History name.

“Well, when we started off we had about 5 billion years of history, which provided just enough programing to fill out our 24 hour a day network,” History Channel presidentProfessor Finklebottom explained to the crowd of wild history buffs, “Then we realized that there were countries besides America, so we started HistoryInternational . After a while we noticed that the only thing that ever really happened in history was World War II, so we started the Military History network. And all was good. However, we realized no one likes the war itself. They just like Hitler.”

With that explanation, the History Hitler network was revealed. History buffs in the crowd went wild. One man cried, another fainted. One woman declared she must of gone to heaven and become an angel and promptly jumped out the window to test her wings.

“I’ll have to buy a third TiVo just to keep up,” History fan boy Joe Orsulak told us.

The network is also looking into to starting a 9/11 station hosted 24 hours a day by Rudy Giuliani.